How to write like Lorrie Moore: Engage in constant wordplay; puns are a plus. Create terribly depressing scenarios fraught with illness, infidelity, and insecurities. Don’t just tell a poignant story-- be clever about it.

I’ve reviewed Lorrie’s work in the past: her first novel, Anagrams, and her second novel, Who Will Run the Frog Hospital? Self-Help*, a collection of nine short stories, is her first published work, and the bulk of the stories come from her master’s thesis. I guess theses are good for something after all.

Self-Help uses a unique medium to express Lorrie’s characteristic self-deprecating humor: it’s a how to screw up manual.

“How to Be an Other Woman” tells a tale of a mistress using “how-to” speech. “The Kid’s Guide to Divorce” describes how to take advantage of a newly single mom while also trying to bond. Goal: get your hands on as much soda as possible. “How to Become a Writer” is really a guide to withstanding failures. In each, she gives step-by-step advice on how to endure something murky and non-ideal; yet, her advice is embedded in fictional stories with a narrative arc and empathetic characters.

Did I say empathetic? I also mean pathetic. Her characters can be very pathetic. She drowns them slowly, with no access to a lifejacket. For the record, both Rose and Jack could have fit on that life raft. 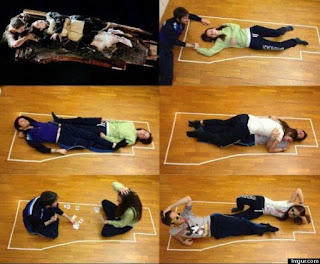 Lorrie has a distinctive voice that remains consistent throughout each of her pieces. If you’ve read one of her stories and loved it, you’ll love the others, and vice versa. She’s wonderfully talented but she gets old. The tone remains the same—and she dons it well, but at some point you need to get a new outfit. Self-Help receives 4 out of 5 camel humps.

Posted by Humpdayhardbacks at 9:00 AM No comments:

All the Ugly and Wonderful Things

One of the top questions on Goodreads for Bryn Greenwood’s 2016 novel All the Ugly and Wonderful Things is: “Is this book going to horrify me?”

Without giving anything away—this book is controversial AF. Personally, I don’t exist in a world of absolutes. I exist in a world of gray areas and nuance, because I am perfect. If you categorically dislike this book without reading it, you can go ahead and continue polishing that bubble, bitch.

The novel is about finding solace and stability amidst abuse. Greenwood gives a voice to people who are doing conventionally “wrong” things for the right reasons. As a reader, you see intent, not just the actions themselves. The book shows some broken people trying to glue each other back together like some terrible macaroni art. 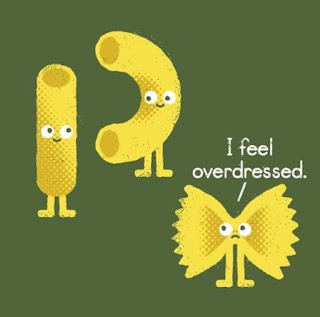 I’m not saying intent entirely justifies action. But when your life is messy, some of the solutions that work for you are not the same solutions that would work for someone with a clean-cut lot. I can read something without condoning it. Re-tweets do not equal endorsement!

Alright, enough about me defending Greenwood’s subject. HER WRITING IS PHENOMENAL. I devoured this book. I haven’t been this engrossed in a book since I read Brain on Fire. She makes a hard-to-believe plot believable, and she does so very gracefully. She deftly shifts between several narrators, proudly announced at the top of each chapter, which is something I value after reading Sing, Unburied, Sing. I highly recommend this book if you can break through your own sense of self and into a well-written world of moral quandary. All the Ugly and Wonderful Things receives 5 out of 5 camel humps.

*Greenwood, Bryn. All the Ugly and Wonderful Things. New York: St. Martin’s Press, 2016. Print.
Posted by Humpdayhardbacks at 7:00 AM No comments:

Obama found the time to read Sing, Unburied, Sing* during his presidency, which means you can too. Time published Obama’s top-ten reading list for 2017, and Jesmyn Ward’s novel made the cut. I can understand why.

Sing, Unburied, Sing is an intense depiction of a dysfunctional three-generation family. They’re hampered by drugs, death, poverty, racism, and a lack of self-love. There is not a breath of fresh air in this story; it’s clear that Ward has a need to convey the brokenness of the family with a dire sense of urgency that trumps the reader’s need to pause and relax. I got through the novel quickly, partially because the writing is poetically compelling and partially because I needed closure on the entirety of this family’s struggles. Whew.

Alongside the intensity is a downright spookiness. The novel has ghosts, and the spirit world has a say. They are loud and proud, contributing to the mood/dialogue/thoughts of the living characters. In this way, Sing, Unburied, Sing strikes me as a much more polished Beloved. Beloved, Toni Morrison’s 1987 novel, also deals with the dead but more haphazardly. As I mention in my review, I wasn’t always sure who was speaking in Morrison's piece. Sing, Unburied, Sing effectively jumps between points of view and those transitions are clear. In fact, each chapter states whose perspective will be narrating in giant letters that you can’t miss. Having multiple narrators helps me understand the family’s plight in a more well-rounded way. I will say that I’m disappointed we didn’t get to hear from Michael, the imprisoned white father.

Lastly, what impresses me so much about this novel isn’t the heart-wrenching story, but the powerful execution of simile and metaphor. I’ve been annoyed in the past by authors (ahem, Murakami) who sometimes use analogy in an awkward, unhelpful way. As if they’ve heard that throwing a metaphor in the mix will make you sound smarter. Obviously, it has the opposite effect of making you sound like a donk. Jesmyn Ward is no donk. Her novel is packed with similes and each one contributes to the text in a meaningful way.  Sing, Unburied, Sing receives 5 out of 5 camel humps.

The Art of Fielding

The Art of Fielding* by Chad Harbach is a novel centered on a fictional college baseball team, the Westish Harpooners. I’m not a fan of the team or the book.

Harbach worked on the novel for over a decade, so you’d think he would have had enough time to come up with some curveballs. The novel is incredibly predictable. Harbach doesn’t embed Easter eggs; he embeds arrows. Everything falls into place exactly how you would anticipate and it shouldn’t have taken 500+ pages to do so.

Important caveat: I don’t particularly like baseball and baseball drives the book’s plot. Of course, the novel is more than that—it’s about the tension between ambition and failure that applies to all of life, not just a literal game. But I didn’t care for the athletic details and obviously that skews my perception.

Harbach received an MFA from UVA, so I want to like him (go Hoos). But I do wonder if he ever actually went to college. Oftentimes, The Art of Fielding feels like an old guy describing a frat party. It doesn’t matter whether or not he’s correct about some of the details involving two drunk people making out in the corner, he’s going to come across as lame-sounding. It’s going to sound dated and contrived.

Contrived. That’s the perfect word to describe The Art of Fielding. First of all, everyone has a ridiculous sounding name. Henry Skrimshander. Guert Affenlight. Craig Suitcase. Craig…Suitcase. Craig Suitcase is an inconsequential character introduced on page 309 merely to call the opposing team a “bunch of douchetards” (Hardbach, 309). That should really sum it up for you.

Additionally, amidst the plodding predictability, I have qualms with a bunch of unrealistic events. For example, several times (not sure why this had to happen several times), the college students stay up all night pounding scotch, not sleeping whatsoever, and then suddenly they’re sober enough to make the morning shift at their job. Truly every character in this book—from the president of the college to the star athlete—treats sleep as unnecessary. If your characters don’t act like real people then I can’t buy into your story.

I am surprised that I disliked this book so much. It received the 2011 Guardian First Book Award, which is an award I admire given its good company. Previous Guardian First Book Award recipients include A Heartbreaking Work of Staggering Genius, which I’m obsessed with, Everything is Illuminated, which I like less so but still respect, and White Teeth, which I like even less so but again, still respect. Clearly some people found inspiring nuggets of truth in The Art of Fielding but I was not one of them. The Art of Fielding receives 1 out of 5 camel humps.

*Harbach, Chad. The Art of Fielding. New York: Back Bay Books, 2011. Print.
Posted by Humpdayhardbacks at 1:45 PM No comments: