I read Siddhartha* while at a meditation retreat in Virginia a few weeks ago. I get that that makes me sound like a basic white girl BUT I think that meditation is a rewarding practice and I want to get better at it. The retreat was helpful and Siddhartha was the perfect supplement.

Hermann Hesse won the Nobel Prize in Literature in 1946 and he published Siddhartha seven years later. Despite his award-winning status, the novel did not receive popularity in America until the 1960s, as all the hippies stopped showering and started seeking enlightenment. It’s one or the other, folks.

The novel follows Siddhartha, a fictional contemporary of Buddha, who wants to find the meaning of life. He tries many routes: asceticism, materialism, nature stuff, etc. His conclusion is different than the Buddha’s, but he does not advocate for any singular path.

There are three things I really like about this novel:

1. Siddhartha does not shun experience. He embraces his past experiences, not as regrets, but as stepping stones; therefore, he is self-affirming. So much of religion is “fix this, do that” (atone for sins, pray this prayer, make this sacrifice), but Siddhartha’s point of view is less about what you should and should not do and more about finding your own way.

2. The writing is simple. Others do not appreciate this (in which case, Siddhartha would say *that is your prerogative...bitch*). The novel is split into tiny chapters that are almost like parables, and there are aphorisms throughout worth underlining (and then probably forgetting about later unless you tape them on your wall). There is not a whole bunch of inaccessible jargon.

Siddhartha is not a holy book. It’s also not a guide book nor a transcendence how-to. It’s just a fictional tale of someone’s spiritual process and a pretty good one at that. Siddhartha receives 5 out of 5 camel humps.

Dostoevsky was a total drama queen.

Also, apparently, he wasn’t the life of the party. The afterword of my collection states, “He was spiteful, intolerant, [and] irritable. Turgenev once described him as the nastiest Christian he had ever met” (227). Great epithet idea for his tombstone.

I recently finished a collection that includes four of his fictional works: White Nights (1848), The House of the Death (1860), Notes from Underground (1864), and The Dream of a Ridiculous Man (1877). The dates of publication are important because Dostoevsky evolved in his views about religion and the human condition, which heavily influenced his writing.


White Nights is my favorite, probably because it’s a less dejected Fyodor Dostoevsky. He still believed that humans could overcome their suffering. IRL, his dad was murdered by their peasant workers and Fyodor/his mom continued to live with the killer peasants because their dad was such a dick that he kind of deserved it. Fyodor was affected by the plight of the poor masses, so he rooted for them in his writing.


The House of the Death (how is it that Russian authors are so pleasant??) was written during a dark period of Fyodor’s life. He was imprisoned in a Siberian labor camp for meeting in a progressive literary group, so he wrote fiction based on the cruelty that he saw there. It is not uplifting, but it is good writing. He also makes thought-provoking philosophical claims about capital punishment.


Notes from Underground shows a full 180° from White Nights. The narrator is not a pleasant person. He rejects some of the trends of the time (nihilism and rational egoism). At this point, Dostoevsky believed that humans were not good or rational, and he was all like, “Y’all need Jesus.”


The Dream of a Ridiculous Man takes a lighter tone; it feels a little silly because it mostly describes a dream. It’s a different iteration of “Yall need Jesus.”


My collection is a great start if you want a taste of Dostoevsky without getting knee-deep in angsty Russian literature. I previously wrote about his longer works, The Brothers Karamazov and Crime and Punishment. I reviewed both in the beginning stages of my blog-- in fact, Crime and Punishment was my very first review four and a half years ago! I’ve read a lot. I’ve gabbed a lot. These beginning reviews are entirely too lengthy, but I was just really amped about reading and writing. Check out those reviews if you want: further explanation of Dostoevsky's fraught past, a deep-dive into his religious and political sentiments, a story about me stealing things in Australia.


Back to my collection, which goes by the title Notes from Underground* because that is his most successful short story of the bunch. I have to be in the mood for Dostoevsky. He is not someone I pick up when I want a casual, easy read. He is someone I pick up when I want existential exploration. Unlike other authors of his time period, he tells a pretty straightforward story. I understand the story, I understand the character’s positions, but I do not always understand the philosophical arguments. He creates a balance between accessibility and challenge, which I appreciate. Notes from Underground receives 3 out of 5 camel humps.

It's very important to me that I don't spoil any part of The Goldfinch* for you because the twists and turns of the novel's plot were such a treat for me. I'll simply, lamely say that the main character, Theo Decker, became my friend. Humblebrag-- the book is long (771 pages, big ones), which allows us to grow attached to Theo as we thoroughly follow his transition from boyhood to manhood. Some people complain that it is too long, but that's showbiz baby. Seriously, I liked its length-- it made me privy to the particulars of Theo and invested in his day to day life.

I thought about this book constantly, even when I wasn't reading it, which is partially attributable to Tartt's magnetic writing. Additionally, there are elements to the story that make it feel true, so I consumed it as I would an urgent news piece. Most of the novel is set in New York City, where I lived for ~5 years, so the contemporary references she makes grounded me in a realistic setting. Also, the novel centers around an actual painting: The Goldfinch by Carel Fabritius. He is not cute. 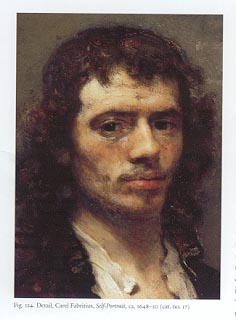 So, if you're looking for a book to get totally lost in--this is it. When I had to put it down for the night, I worried about Theo and his troubles crept into my dreams. When I picked it up in the morning, I tried to guess what would happen next (inevitably, I was wrong-- Tartt's imagination is endless). Every time I picked it up for "just a little", I was unable to put it down. Maybe this book is as excellent as I think it is, or maybe I just need to chill. Either way, this is an easy recommendation: read it if you want to get sucked into a compelling fictional maze. The Goldfinch receives 5 out of 5 camel humps. PS: It won the 2014 Pulitzer for Fiction.

Posted by Humpdayhardbacks at 4:03 PM No comments:

The Glass Castle* is a memoir, but it reads more like a novel because of the ABSOLUTELY BANANAS shenanigans it contains (bananigans?). Jeannette Walls tells the story of her turbulent upbringing. As a reader, I feel unsettled with how entertained I am by Jeannette’s real-life struggles; however, her parents are like mythical creatures. Terribly negligent, selfish mythical creatures, like if Sasquatch had little zucchini kids but he made them fend for themselves while he drank and gambled. Maybe that’s the premise of the new Smallfoot film?

I am entertained because Jeannette’s parents are entertaining, in spite of their many flaws but also because of them. Her dad is manic, intelligent, and impulsive, which allows him to fiercely love AND severely traumatize his family. Her mom is bohemian, optimistic, and self-absorbed, so she’s capable of inspiring positive values in her children, as long as it benefits herself. Jeanette tells many distinct stories as they bopped around America and had different experiences, but there is a similar theme: her parent's vacillation between negligence and passion. Strap in for an emotional rollercoaster.

Some Goodreads reviewers describe Jeannette’s tone as too clinical---that she is descriptive without being emotional. I love that about this book! She tells harrowing stories of the resilience of her and her siblings without nagging us every five seconds to feel bad for her. She gives her parents grace when they don’t deserve it, and it’s impressive that she’s created a healthy life where she doesn’t feel the need to reject and bury her past, but rather acknowledge how it has shaped her as a person. Thank you, next.

I also appreciate the unremitting love and protectiveness of her and her siblings. She has one older sister, one younger brother, and one younger sister. The way that they care for each other is so admirable. They were forced to become self-sufficient at such a young age and they still chose to put each other before themselves--surprising, considering their adult models for behavior mostly did the exact opposite. The sibling loyalty reminded me of another stellar memoir, A Heartbreaking Work of Staggering Genius by Dave Eggers. Additionally, Jeannette’s parents’ preference for homelessness reminds me of Nick Flynn’s memoir, Another Bullshit Night in Suck City. Just do yourself a favor and read all three. The Glass Castle receives 5 out of 5 camel humps.