The Old Man and the Sea

Last week, I popped my Hemingway cherry with The Old Man and the Sea*. I’ve had an earnest desire to read Ernest for quite some time and this was a short, easy starting point, as my copy is only 127 pages. Additionally, this particular novel received the Pulitzer Prize for Fiction and led to the bestowment of the Nobel Prize in Literature to Hemingway. Thankfully, he was a very gentle author for a first timer.
The Old Man and the Sea is about an old man and the sea. Specifically, it revolves around a weathered fisherman named Santiago as well as a big ass fish. Santiago is a simple man, shockingly disciplined and well versed in his trade. Seriously, his determination to successfully catch and reel in this big ass fish is astonishing. He’s also refreshingly resourceful and methodical; I would not have lasted a tenth of the time that he did (nor would I have really cared). But Santiago holds an admiration and respect for these majestic creatures that balances alongside his visceral need to eat and his emotional demand for pride. Quite literally, he says, “‘Fish…I love you and respect you very much. But I will kill you dead before this day ends’” (Hemingway, 54). Clearly Hemingway hadn’t seen Finding Nemo; this poor guy is probably just headed to P Sherman, 42 Wallaby Way, Sydney to find his son.

Interestingly, the book barely has to work to characterize Santiago. Instead, it modestly presents readers a main character whose endurance is tested and lets us sit back and see how he reacts. Some times, it is painful to see the man’s agony; at others, it is heartening to witness his resilience. The sea is his home and the fish are his brothers, which is a hippie-esque statement that speaks to me and makes me feel all warm and fuzzy inside. He also sees the sea as a woman, capable of both beauty and capriciousness. Perhaps that is a reflection of Hemingway’s own relationship with females, seeing as he plowed through 4 wives and never really mastered the whole marriage thing.

Thematically, the book portrays a seemingly insurmountable obstacle and an inherently good, kind man thwarted by fate. Hemingway was a minimalist who often employed the “Iceberg Theory”--a writing style that exposes *just the tip* of an event without explicitly giving away too much. Consequently, you won’t find any overt discussion of what the man’s struggle against the sea and its inhabitants means. Open-ended novels are good for the soul in that they incite rumination. But be warned—you won’t find any categorical “how to’s” or a formulaic means of interpretation here.

As a diehard fan of the Teenage Mutant Ninja Turtles, I wish this book had been The Old Man and the Turtles in the Sea. Instead, I got this. It didn’t disappoint me but it also didn’t wow me. In general, I’m more inclined towards engaging narration that reads like a conversation between the reader and the narrator. This was a pleasant and poignant story that unfortunately did not fully resonate with me despite its timeless voice. That being said, I appreciate his writing style and I plan on trying For Whom the Bell Tolls. Overall, I give it 3 out of 5 camel humps. So short and easy to read that there’s no excuse to pass it by, but don’t immediately hit up Amazon and capitalize on their one-click ordering system.

Even Cowgirls Get the Blues


Sissy Hankshaw, our spunky main character, possesses extraordinarily large thumbs. While others mock her mutation, she proudly wields them—specifically as a means to hitchhike. Gasp! A non-female-friendly sport. Sissy is certainly no sissy; she leaves her family at an early age to hit the road and learn about herself and her unusual dexterities. Later on, she finds herself married to a confusingly cautious man and entangled in a cowgirl ranch called the Rubber Rose. As a young, impressionable woman, she is constantly curious and willing to embrace new philosophies. Fundamentally, she understands that “freedom—for humans—is a largely internal condition” and that “life is hard [only] if you think it’s hard” (Robbins, 183, 72). As such, she makes the most of her dire situations and seeks to embody the spiritually rich beliefs she has been exposed to along the way.  Promiscuity in the context of freedom and self-exploration is a crucial (and intriguing) component to this novel. There is fluidity to gender and sexuality here that I have never before seen so seamlessly expressed in a book. Women are not confined to conscripted roles, desires, or lovers because of their gender; yet the novel isn’t so heady that it reads unrealistic or idealistic. The author Tom Robbins—as bohemian chic as he is—is intelligent enough to ground his ideas in relatable, convincing characters.

While we’re on the subject, Robbins is a certified badass. His works are described as “comedy-drama”, or poetic fiction with philosophic tinges. Right. Up. My. Alley. He went to Washington and Lee University at first, but left when he wasn’t really feelin it. After a brief stint in the Air Force, he landed in Richmond, Virginia, and enrolled in what would eventually become VCU. He dabbled in writing, radio, and poetry readings. This guy writes like no one I’ve ever read before. He chooses storylines so wildly obscure and so seemingly distant from his own experiences…and renders them readable without losing their mystique. I mean, this novel involves: 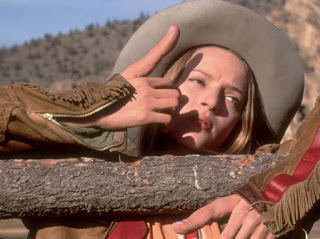 Yet, these men and women have recognizable fears, hopes, and insecurities that any reader can appreciate. I’m a fan after my first read and I’ll be buying the rest of his books. The powerful Oz in charge of the @DailyRobbins Twitter account noticed my infatuation with Robbins’ strong female protagonists and suggested Jitterbug Perfume and Still Life With Woodpecker next.I give this one 5 out of 5 camel humps. I originally came across it on some reputable “100 books to read before you die” list; now that I’ve read it, I can rest in peace.

*Robbins, Tom. Even Cowgirls Get the Blues. New York: Bantam Dell, 1976. Print.
Posted by Humpdayhardbacks at 2:24 PM No comments: