The Best of Roald Dahl

Roald Dahl is known for his bangin children’s books: Charlie and the Chocolate Factory, The Gremlins, James and the Giant Peach, Matilda, Fantastic Mr. Fox, The BFG, etc. He never shied away from “adult” themes because he respected children by challenging them with sophisticated and nuanced concepts. I wasn’t allowed to read James and the Giant Peach when I was younger because it said the word ass and I’m still bitter about it. More like James and the Giant 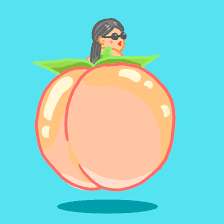 Roald Dahl’s children’s stories are cool but I had no idea he wrote adult lit too until I came upon a collection of short stories at Powell’s City of Books. Powell’s, located in Portland, is the largest independent bookstore in the world. It’s truly a city of books and if you’re ever in Portland, you should live there for the day.

My collection, The Best of Roald Dahl*, contains 25 short stories organized chronologically by publication (from Madame Rosette in 1945 to Claud’s Dog in 1953). You’ll find no happy endings here, but hey, a happily-ever-after is borrrrrrring. If you love a dark, macabre finale like me, you might also enjoy Flannery O’Connor’s Everything That Rises Must Converge.

The downside to a collection where every ending is a twist is that you’ll paradoxically come to expect the unexpected; however, despite the fact that you know it’s going to end poorly for the characters, Dahl manages to suck you in and root for them.

I highly recommend this particular collection because it includes the majority of his published adult short fiction. My favorites are Lamb to the Slaughter and Pig. The Best of Roald Dahl receives 5 out of 5 camel humps. If you’re interested in the short story format (personally, it’s my favorite route to meet an author for the first time), check out my previous reviews of short story collections: Girl With Curious Hair by David Foster Wallace, Self-Help by Lorrie Moore, Welcome to the Monkey House by Kurt Vonnegut, Like You’d Understand, Anyway by Jim Shepard, Men Without Women by Haruki Murakami, In the Valley of the Kings by Terrence Holt, Me Talk Pretty One Day by David Sedaris, Interpreter of Maladies by Jhumpa Lahiri, Tenth of December by George Saunders, The Best American Nonrequired Reading 2005 edited by Dave Eggers, and The Best American Short Stories 2013 edited by Elizabeth Strout. Just to name… a zillion.

The Gospel According to the Son

I grabbed Norman Mailer’s The Gospel According to the Son* off of a Housing Works bookshelf a few years ago, and I’m just now getting to it because it’s a tiny little nugget and I forgot about it. Housing Works is a non-profit that supports people with HIV/AIDS. They have several NYC locations, but their bookstore café in Soho is particularly cool (lots of seating, lots of books, lots of coffee, lots of good causes, lots of inspo).

Norman Mailer caught my eye because I’ve known him as this eccentric, prolific, outspoken, Pulitzer Prize winning founder of The Village Voice who absolutely could not keep a wife. He married six times. He stabbed his second wife at a party, nearly killing her. The party resumed and he went on to marry four more times.

I’m drawn to religious books because of my upbringing. Religious fiction? Sign me up. For those who are offended easily, let me stop you right here. Fiction can be a useful tool that helps readers think differently and creatively about a subject. Fiction is a thought experiment! If your religious beliefs are so fragile that you can’t test them every now and then, then what’s the point of having a brain?

That being said, The Gospel According to the Son won’t test your beliefs much. It’s Jesus’ autobiography, starting with him as a child and moving through his teachings, his crucifixion, and his resurrection. The concept certainly has promise, but the writing is dry and unimaginative. Having some prior knowledge of the Gospels is helpful, but you’ll notice there is very little (if any?) overt deviation from the Bible, and if I wanted to read the Bible, I would…read the Bible. Mailer’s Jesus notes that the Gospels are rife with exaggeration, and he clarifies what went down by stripping out extraneous, embellished details. Still, that’s not exactly a productive use of artistic license.

Mailer even continued to treat women as second rate in his rendition. I’m like oh, a biblical story that reemphasizes the patriarchy, HOW UNIQUE.

Overall, The Gospel According to the Son feels like an opportunity wasted. If Mailer had turned the novel in as a book report, his teacher would have flagged it for plagiarism. The most inventive aspect of the book is the brief portrayal of a young Jesus who is scared and partially in denial, just like any of us faced with large responsibilities. Like ones in which humanity’s salvation rests upon our shoulders.


*Mailer, Norman. The Gospel According to the Son. New York: Ballantine Books, 1997. Print.
Posted by Humpdayhardbacks at 12:55 PM No comments:

Catch-22 is the GOAT. Vonnegut is the GOAT. I figured that the combination of these two GOATS would create a beautiful baby GOAT that bleats an appropriate amount. You see, Joseph Heller published Catch-22 in 1955; then, he published Something Happened* in 1974. Kurt Vonnegut reviewed the novel for The New York Times shortly thereafter. I’ll smuggle the link elsewhere in this review because I’m petty and I want you to read mine first. I have a hump rating system and he doesn’t, just sayin.

Something does happen in Something Happened, but not until page 524/530. Vonnegut says it’s structured like a suspense novel and he’s not wrong. The first 524 pages consist of the stream of consciousness complaints of a middle-aged man, Bob Slocum. The tone and content does not change--just variations of a rotation of grievances. He lives in Connecticut with a family that he despises, and works in NYC at a nice job with a nice paycheck that serves as an adequate, albeit tedious, escape from his woes at home. IMO, Bob is clinically depressed—undiagnosed, because executives at his company are not supposed to see therapists, as it would imply unhappiness. Instead, we're his therapists, and he tells us in meticulous detail how he hates everyone and everything.

Unlike Catch-22, which is simultaneously dark and hilarious, Something Happened overemphasizes the dark and misses out on the hilarity. Personally, I believe that life is hard and *shit happens* every day to remind us of that; but, we can rely on comedy to ease suffering. Black humor and satire are the best! They're realistic and smart about the struggle, looking pain dead in the eye and laughing. Something Happened leads down a road that is brutally honest, and I appreciate that, but I don’t want 500+ pages of it without a few laughs. Vonnegut agrees that it’s “overly long”—and you can read that for yourself here. Something Happened receives 2 out of 5 humps.

Posted by Humpdayhardbacks at 5:59 PM No comments: