The Death of the Heart 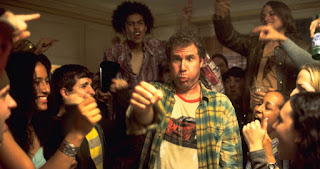 I picked her novel for a reason I'm not too ashamed to admit: I wanted to scratch it off my book scratch-off list. Indeed, Time listed The Death of the Heart as one of the "100 best English-language novels published since 1923". Seems like a weirdly specific flex, but okay (not really-- it's the year Time magazine started).

I have mixed feelings about the scratch-off Time list because, while I love the strangely satisfying feeling of rubbing a quarter against plastic until it becomes a different color, I do not entirely agree with its contents. The list includes absolute bangers like Catch-22, Lolita, Slaughterhouse Five, Things Fall Apart, The Catcher in the Rye, Infinite Jest, 1984, and To Kill a Mockingbird. Unfortunately, it also includes lesser literature like Blood Meridian, Lord of the Flies, White Teeth, and American Pastoral. Then there is complete and total trash like Naked Lunch.

The Death of the Heart falls in the *meh* category. Put simply: it is mediocre. It is an interwar novel that exhibits the tensions of the time. Everyone is self-conscious and adherent to an unspoken code of conduct, which makes everyone insufferable. The novel's focus is Portia, a sixteen-year-old orphan sent to live with her half-brother and his wife in London. Portia falls in love (because of course she does) with a manipulative man who toys with her heart. Not much occurs plot-wise, but innocence is lost.

I do cynically enjoy watching the characters all slowly realize that they suck but it's kind of a bummer to not root for anyone. I didn't get much out of Bowen's novel and I wouldn't recommend it. If you want to read a female novelist from the 1920s-1930s, check out Virginia Woolf. The Death of the Heart receives 2 out of 5 camel humps.

Merchants of Doubt: How a Handful of Scientists Obscured the Truth on Issues from Tobacco Smoke to Global Warming

For your viewing pleasure to start us off (Senator Inhofe, R-OK bringing a snowball to the Senate floor to justify his opinion that global warming is a hoax):

The great comedian Aparna Nancherla once tweeted, “THANKSGIVING GAME: nobody gets pie until you go around the table & everyone has to say ‘climate change is real.’” Thanksgiving has passed, but it’s not too late to play this at Christmas. If your family has follow-up questions, perhaps steer them towards Merchants of Doubt: How a Handful of Scientists Obscured the Truth on Issues from Tobacco Smoke to Global Warming*.

Merchants of Doubt exposes the doubt-mongers who have attempted to cast uncertainty on established scientific fact. It details the dirty deeds of a small network of individuals who, fueled by political and financial motivations, have opposed thousands of scientists collaborating internationally through the peer-review process. These individuals sometimes had the ear of presidential administrations and they definitely had the ears of the American people.

Why? Because we’re a bunch of morons. They led highly effective, large-scale publicity campaigns and we slurped them right up because we like a lil drama. They cherry-picked data, started/funded institutes--usually conservative thinktanks-- that were extra shady, and distorted scientific research, all with the goal of “maintaining controversy” so that we would think there was more than one reasonable side. The EXACT SAME DUDES that argued against claims that cigarettes caused cancer then went on to fight evidence of human-induced global warming.

Why? Because they are free-market fundamentalists. They wanted to defend their products (tobacco, oil, household items that emitted CFCs, etc.) from regulation. Americans tend to get off on capitalism, and as such, we ignore its imperfections. Capitalism is great--because I can have Amazon Prime Now deliver me $10 asparagus water from Whole Foods in less than two hours-- but “free market economics, focused as it [is] on consumption growth, [is] inherently destructive to the natural environment” (Oreskes & Conway, 183). The authors of Merchants of Doubt did a good job of explaining in layman’s terms how markets fail to account for pollution because its “collateral damage is a hidden cost not reflected in the price of a given good or service” (Oreskes & Conway, 93). The authors maintain that, when it comes to environmental issues, government regulation is needed, and they brainstorm various practical options, backed by evidence.

Oh boy, the evidence. This bad boy is packed with footnotes and its 60+ page notes section will fool your friends into thinking you’re reading an extra large book. I’m glad they support their claims with massive amounts of credible evidence-- especially since they are calling out people who made influential claims without any evidence; however, it makes for an especially dense read. To reveal all of the shadiness, the authors (historians) had to get into the gritty details, and sometimes my eyes glossed over and I looked like Bran Stark from Game of Thrones when he’s having one of his warg visions.

The effort is worth it because now I can force family members at the dinner table to admit our culpability in altering the planet AND sling some facts WITH page numbers. In all seriousness, I feel better equipped to have conversations about the environment. I also learned about the history of the EPA, the particulars of Reagan’s truly wacko “Star Wars program”, and how holes in the ozone were first discovered. I consider climate change to be one of--if not the--most pressing issues of our time, and I’m down to read any book that sheds light on the topic. Merchants of Doubt: How a Handful of Scientists Obscured the Truth on Issues from Tobacco Smoke to Global Warming receives 4 out of 5 camel humps. Stay woke!

*Conway, Erik & Oreskes, Naomi. Merchants of Doubt: How a Handful of Scientists Obscured the Truth on Issues from Tobacco Smoke to Global Warming: Bloomsbury, 2010. Print.
Posted by Humpdayhardbacks at 3:53 PM No comments:

Travels with Charley in Search of America

*Travelogue*. You learn something new every day, and today I learned the term “travelogue”. I’ll use the Merriam-Webster definition because they have a hilariously clever and surprisingly political Twitter account, so they deserve it. Travelogue (n.): a piece of writing about travel. You’re not supposed to use the word in the definition, but if you don’t know what travel means, I can’t help you.

So, lovely readers, are you feeling restless? Do you want a travelogue that’s not the soul-suckingly shallow ramblings of Jack Kerouac in On the Road? Of note, I believe Kerouac redeemed himself as an author in The Dharma Bums. He never redeemed himself of his misogyny.

I present to you: Travels with Charley in Search of America* by John Steinbeck. In 1960, Steinbeck went on a road trip throughout the United States with his poodle Charley to answer the question: “What are Americans like today?” Posthumously, his sons have speculated that Steinbeck’s rapidly declining health spurred the final farewell journey. Some critics have questioned the veracity of routes he claimed to have taken and certain conversations he claimed to have had; I don’t care in the least. It’s a very good book with very good writing and I don’t give a damn if he made up that he went to the Badlands.

Wow, his nonfiction slays. His deep introspection makes me think he had access to a top-shelf therapist. He’s honest about himself and his shortcomings. He’s articulate in his observations. He’s prescient in his concerns for the country (almost sixty years ago, he forecasted today’s global warming, immigration crises, and race relations). He’s perceptive of the people he encounters, and his careful questions allow them to open up to him. He writes the book with a sense of duty; he made a promise to his readers that he would show them the America that he saw, and he follows through. And his dog! I love when he talks about Charley. He really respects his canine companion and he elegantly weaves Charley through his stories.

I can’t shake the sense that when you read Travels with Charley in Search of America, it feels like Steinbeck is talking directly to you. You’re sitting next to him in his campervan, Rocinte, sharing a whiskey-enhanced coffee.
Looking ahead, I’m excited to read collections of his letters, of which there are many. Looking to the past, I’ve reviewed some of his fiction that might be of interest to budding Steinbeck fans. East of Eden is long but worth it, and I appreciate his thoughtful take on the good-evil duality. The Pearl is a short, simple but poetic story that tugged at my heart-strings. The Red Pony is meh-- it reads more like an unfinished manuscript. Tortilla Flat is a fun, silly book full of sin, forgiveness, and parables (no, Tortilla Flat is not the Bible).

Overall, I recommend Travels with Charley in Search of America to any and all. Part of me already wants to re-read it. Seriously! It receives 5 out of 5 camel humps.