The Unbearable Lightness of Being

The Unbearable Lightness of Being* by Milan Kundera tries to be a philosophical romance. Emphasis on tries. The novel takes a theory primarily found in Indian religions: eternal return. Nietzsche spoke at length about how this theory affects the human psyche. “Eternal return” (or “eternal recurrence”) posits that everything that has happened in the universe will repeat infinitely. In religion, the theory is still cyclical in nature, but refers instead to the endless rebirth of souls rather than actual events.

Kundera takes Nietzsche’s rumination on eternal return and weaves them into a love story. There are the juicy romance bits: sex, infidelity, unrequited love, etc. Amidst it all, Kundera toys with defining life as “heavy” or “light”. According to Kundera, if life happens once and only once, it takes on a character of “lightness”; nothing really matters, and you’re free to make decisions that are less weighty because they have less significance. If life recurs eternally, it becomes “heavy”; you have comparisons between some decisions and others, thus there is a comparatively better course of action at each fork in the road. Kundera relates the light/heavy distinction to the romantic decisions made by the main characters. A choice to remain faithful has greater consequence depending on your philosophical perspective.

I don’t typically read romance novels, but Daniel Day-Lewis played the lead in the 1988 film adaptation, and I wanted to give the genre a chance. The premise had promise—one part passion, one part cosmic despair. Unfortunately, the execution is insufferable. I regret the time I spent reading this book. There weren't even any interesting sex scenes. This meme is more interesting: 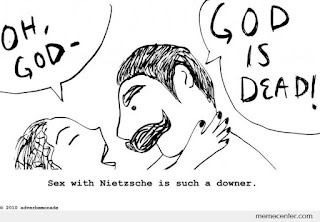 The novel teaches me nothing about the metaphysical weight of human action or inaction. It bores me to death in its constant doubling-down on lackluster plot points. It confuses me in its roundabout, unnecessarily nonlinear structure. Kundera came up with a light/heavy metaphor and apparently thought it needed referencing on every other page. This is not a Curves class, stop talking about weight so much.

I am not a philosophical gatekeeper, but I know what interests me literarily, and a lame love story clinging to contrived existential claims does not. The Unbearable Lightness of Being receives 1 out of 5 camel humps.

Posted by Humpdayhardbacks at 12:06 PM No comments:

A Wrinkle in Time 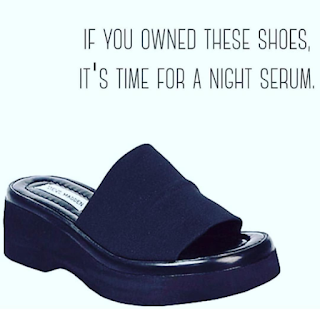 For all of you ladies out there looking for an anti-wrinkle cream, I’ve got something better: A Wrinkle in Time*.

A Wrinkle in Time is a “children’s book” in that it appeals to childhood curiosities. I read it for the first time at age twelve, and it opened my eyes to the possibilities of literature in sparking the imagination. Similar to Dr. Seuss books, A Wrinkle in Time describes various fantastical worlds with just enough detail. You get a feel for how the world might appear and then you fashion it in your mind’s eye. It’s a thrilling process that engages you personally as a reader.

Transforming written word into a visual medium can either validate or wreck the picture that you’ve constructed in your mind’s eye. Or somewhere in between.

I re-read A Wrinkle in Time last week in preparation for the movie, and I was flooded with images that my brain had retained from age twelve. I immediately recalled my own configurations of Mrs. Whatsit, Mrs. Who, and Mrs. Watch (three of the novel’s main characters). Reconciling the film’s adaptations with my own visions was enjoyable at times, frustrating at others. I do not think the movie will mean as much if you haven’t read the book; nostalgia is a bitch.

At its core, A Wrinkle in Time follows an adventure that takes place as the good forces of the universe fight the evil forces. When good vs. evil is the predominant theme, there’s bound to be a cheesiness factor. That cheddar is easier to swallow in the book than it is in the movie, where the happy ending is summed up in a paragraph rather than a ten-minute-long hugging scene scored by bad music.

Oprah’s makeup in the movie is awesome, by the way.

Almost two years ago, I reviewed The Best American Short Stories 2013—one annual collection amongst many “Best American” categories. I poked fun at the Best American Nonrequired Reading series, suggesting it was an attempt to “lure angsty, rebellious teens." I wasn’t entirely wrong! Each year, some lit-savvy Bay Area high schoolers choose “the best” works of that year from a range of genres (fiction, nonfiction, journalism, cartoons, etc.). Dave Eggers, author of A Heartbreaking Work of Staggering Genius (highly recommend), oversees the group and edits the final compilation.

I read The Best American Nonrequired Reading 2005, which I randomly selected from a lovely mom and pop bookstore in Charlottesville (shout out to Heartwood Books). Beck wrote the introduction because of course he did. Beck does everything. Aside from make music that I actually enjoy listening to. Sorry, Beck.

Beck does a good job of explaining the value of reading something not required—the relationship you have with a form of entertainment that you personally, actively seek out. Referring to his childhood reading curiosities, he says, “Everything we gravitated to probably had the weight of something discovered on one’s own, like we’d uncovered some secret thing nobody else knew” (Eggers, xxxi).

As with any collection, I love some, like others, and don’t like a few. I love Hell-Heaven by Jhumpa Lahiri—author of Interpreter of Maladies. As in her Pulitzer Prize winning book, Lahiri integrates her Indian American experiences to show a coming-of-age culture clash for first-generation immigrants.

I also love Al Franken’s Tearaway Burkas and Tinplate Menorahs—a comedic account of his 1999 USO tour. Trigger warning: one of the sketches he details is more troubling in light of the sexual assault allegations from his 2006 USO tour. I’m going to keep my opinions to myself on this one (ahem, martyr) and simply say that his piece is very well written; it makes me laugh and gives insight as to what a USO tour entails.

I love George Saunders’ Bohemians and Manifesto. Apparently these high school kids love him too, considering they include him twice. Because he’s the short story king, I’ve already reviewed his collection Tenth of December, which I have truly not stopped thinking about since I read it two years ago. I revisit it from time to time. It’s a bedside table kind of book.