It’s fall y’all, and Halloween is upon us. To celebrate, I read Dr. Jekyll and Mr. Hyde* by Robert Louis Stevenson. I love when iconic expressions from literature seep into mainstream use. Even if you forget who’s the “bad guy” (tbh Jekyll sounds more malevolent even though he’s the “good” one), most people know what “Jekyll and Hyde” refer to. I think it’s pretty cool that a novella published in 1886 supplied a catchphrase that’s still colloquially used today to describe a psychological schism within a person. For instance, I’m Dr. Jekyll when I’m at a lovely Chili’s restaurant and I’m Mr. Hyde when I’m hangry.

Stevenson wrote the novella feverishly. Literally-- he suffered from some intense health issues, and he finished the novel in a frantic, bedridden state. Stevenson's earlier work includes Treasure Island. If you’ve seen the GOAT Muppet Treasure Island, you know that that story is damn good.

Dr. Jekyll and Mr. Hyde is Victorian Era gothic fiction, so it’s perfect for when you want a little spooky contemplation on man’s capacity for good and evil. Dr. Jekyll—a generally good-natured man revered in society—sees a darkness in himself that he decides to set free. Ultimately, the darkness devours him.

Although the logistics of literally being two persons in one is hypothetical here, the concept is grounded in very real fears. Stevenson’s exploration is not confined to what we now describe as dissociative identity disorder; he understands the nuances of personality in which sometimes a mostly “good” person can do some pretty “bad” things. To what extent do we have control over our actions? If the brain dictates behavior, and that behavior is “bad”, what can we do about it? What even is “bad” behavior and how do we define it in others without being hypocritical? Stevenson’s literal approach to examining these questions is very helpful for understanding the dangers of excessively succumbing to vices while also acknowledging that those vices have their time and place.

I’ll state the obvious: Nineteenth-century English is different than the form of English used today. Hot. Take. If you recoil at the language used by Charles Dickens, Edgar Allen Poe, or Herman Melville, then this probably isn’t your cup of pumpkin spiced latte. *Seasonal* 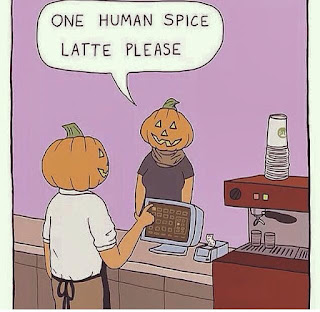 That being said, it’s a novella. It’s short! It’s a wonderful way to test if you can appreciate the writing that you hated in high school. At the time, Dr. Jekyll and Mr. Hyde broke ground both in writing style and theme and it continues to be an enjoyable and interesting book to read. It receives 4 out of 5 camel humps.

In the Valley of the Kings

When I think of Terrence Holt’s one and only book, In the Valley of the Kings*, I think of someone abandoned at the bottom of a long well, echoing cries into a void. I mean that as a compliment.

In the Valley of the Kings is a short story collection fraught with enigma and elements of absurdist fiction (i.e., the inevitability of death towers over characters’ actions and renders them meaningless). Some of his stories retain a mystery throughout that requires the reader to rely on self-interpretation. For example, my favorite story, Aurora, involves a reincarnation of a former human’s soul, but the logistics are left to the reader’s imagination. I envision the soul as a semi-conscious satellite cruelly manipulated by earthling scientists. Who knows what Holt meant (but does that really matter?)?

Junot Díaz praises the work, saying, “There is no one in the wide sea of English who writes like Holt.” He’s correct. I don’t have the language to communicate how Holt uses language. His stories emphasize the power of voice; intonation is important and the manner in which speech is conveyed has a special, inherent power. Silence has its own unique weight. The process of naming things has a Genesis-feel in which letters and sounds wield prophetic meaning.

Common themes you can find in this bad boy: falling, forgetting/misremembering/re-remembering, darkness, attempts at describing an indescribable despair, chaos.

I like books that are experimental; they might not be perfect, but they’re different and thought-provoking. Holt brings that in spades. He’s really out there, and I’m into it. Like any collection, some stories are AMAZING, some are fine, and some are not that great. While I think that Holt has some preternatural talent, I understand that his work is not for everyone. Overall, In the Valley of the Kings receives 4 out of 5 camel humps.

As previously established, Nora Ephron was a boss ass bitch. People love her for her screenwriting; trust me, her screenwriting has nothing on her essays. She is a character and her life is rife with material worthy of the written word. Heartburn* is an autobiographical novel, aka it’s a thinly veiled account of her reality. Basically, she takes a true, horrible story and replaces the names.

I’m not divulging anything that you can’t find on the back cover when I say that Nora Ephron, at seven months pregnant, found out that her high-profile husband, Carl Bernstein, was cheating on her. She got revenge and relief by using her writing skills to publicly embarrass her spouse for his indiscretions. Nora admits the necessity of this work in moving on when she writes, “If I tell the story, I can make you laugh, and I would rather have you laugh at me than feel sorry for me” (Ephron, 177).

Ever heard of Deep Throat? Not that kind of deep throat. The Nixon kind. Carl Bernstein was one of the original reporters on the Watergate scandal, and he used his Deep Throat connection to substantiate his pieces. With a little clever snooping in the aftermath of the affair, Nora was more than happy to screw her husband by revealing Deep Throat’s identity. Read more about her disclosure here. Between her loud mouth and her relentless writing, she gave Bernstein a taste of his own medicine and cracked his case wide open.

Nora could explain a complex emotional entanglement like no one else. She’s precise—never missing a slice of the complexity and she’s hilarious—never missing a chance to make you laugh at everyone’s pain. She’s brutally honest about others but she doesn’t spare herself any ridicule. Heartburn is another outlet for her unique, irreverent, hilarious voice. The book reads conversationally, as if she’s telling you a story over a few mimosas at brunch. It also doubles as an intermittent recipe book. One minute, she’ll be talking about her post-affair depressive state; the next, she says, “Another thing I like to eat when I’m feeling blue is bacon hash…” and proceeds with a succinct but thorough recipe (Ephron, 42).

At the time of publication, Nora got some flak for her uncensored candor and Bernstein even threated to sue for libel. Bernstein-- ummm sorry that you did a bunch of shitty things, which caused your talented estranged wife to produce something that would make her feel less like a victim. Five out of 5 camel humps for this gem and one middle finger to Bernstein.