Today is Halloween and what’s spookier than historical fiction??? They say that history repeats itself, like a broken record stuck on the Halloween theme song. Michael Myers has never looked better: 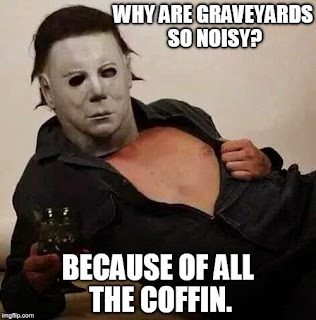 The Alice Network* by Kate Quinn is extra historical fiction-y because it follows two parallel timelines (no spoilers-- this is “back of the book” stuff). One involves a female-dominated spy ring in World War I; it focuses mainly on Eve, an English native who moves to German-occupied France to spy on some German dudes. The second is set in 1947, where a young woman searches for her missing cousin throughout war-torn, recovering Europe. I’m a big fan of the former thread and less enthused by the latter.


First and foremost: the book is too long. It’s over 500 pages when it doesn’t need to be. The novel’s two threads weave in and out of each other, which provides plenty of material, but not 500 pages worth. Since the book jumps around in time, place, and narration, I was initially worried that I’d get lost in the shuffle; however, Quinn does an excellent job of transitioning between settings in a straightforward, sensible way.

Fictional spies are cool; actual spies are even cooler. The Alice Network is inspired by Louise de Bettignies, a secret agent whose code name was Alice Dubois. Speaking of Dubois, one of the plot points that I found most dubious ended up being an actual event. The novel holds my interest in its historical accuracy and I like Quinn’s focus on women as unlikely yet potent forces during both world wars. On the other hand, some of the inner dialogue is cheesy and, as aforementioned, many chapters are redundant, which leads to unnecessary length. Overall, The Alice Network receives 3 out of 5 camel humps.

Posted by Humpdayhardbacks at 12:53 PM No comments:

I’ve never seen a Burt Reynolds movie (RIP-- Yes, I know, I should watch Boogie Nights). So, when I read Deliverance* by James Dickey at work, all of my middle-aged coworkers crooned over Reynolds’ role in the film adaptation and I pretended to know what the heck they were talking about. Apparently, I’m the dumb dumb, because it earned several Oscar and Golden Globe nominations. And Burt looks like a boss. 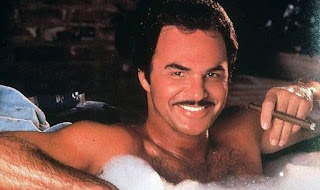 Long story short: a group of four guys go on a canoe trip in remote Georgia and disaster strikes.

This novel so obviously checks every box for a good thriller, especially in the second half. As a book, it’s not as compelling as it could be. The suspense relies heavily on the readers’ ability to maintain a complex visual, and with the constantly shifting nature-scapes, I struggled. Instead of getting swept in the current of the plot, I fixated on the complicated minutia of the actual river where they canoed. I love being in nature and I recognize that it’s no easy task to successfully place a reader there. Still, if you can’t picture the most harrowing scenes, they don’t take an emotional toll.

The latter half is filled with adventure and the former is filled with philosophical discussions about survivalism. One of the guys in the crew (Reynolds’ character) devotes his life to preparing for any potential disaster, and he does so very obnoxiously. I would not be friends with this dude and I grew tired of his one-dimensional dialogue. I know that people like this exist, but is it really all they ever talk about? Is survivalism the same as Crossfit?

I appreciate the plot twist, especially because it caught me off guard despite knowing a plot twist would come eventually. I’m glad Dickey wrote this book because it deserved to be turned into a movie; but, in book form, I don’t recommend it. Deliverance receives 3 out of 5 camel humps.
Posted by Humpdayhardbacks at 1:54 PM No comments:

The Nobel prize in literature will not be awarded this year because some men can’t keep it in their pants. The academy experienced backlash for its association with Jean-Claude Arnault, who faces 18 allegations of sexual assault and physical abuse. Instead, two prizes will be given next year. In the meantime, readers can turn to the Pulitzer Prize for guidance on the best fiction of 2018.

Unfortunately, I feel like the 2009 Pulitzer, Olive Kitteridge*, failed us a bit. The novel by Elizabeth Strout is a collection of 13 short stories that feature a fictional woman, Olive Kitteridge, in one way or another. Sometimes the story is told from her perspective, sometimes it is not. Sometimes she is the main character, sometimes she’s only peripherally mentioned. Although the stories jump around in point of view, they pass through time linearly. So, we initially experience Olive indirectly as a middle-aged wife and mother in Crosby, Maine and we eventually experience Olive directly as an old woman who has undergone many life changes.

Seeing her character grow through a multitude of lenses certainly shapes my perception of Olive as three-dimensional. It gives me empathy and reveals how much she understands her own weaknesses and strengths. That being said, I don’t like her as a person. I think that’s fine; not everybody likes everybody.

I don’t need to rally for the short story structure more than I already have, but Strout’s writing takes the format to a whole new level. She gives us detailed snippets of different character’s worlds (and in doing so, inhabits completely different voices) while connecting those pieces into a complex matrix. I admire her work and appreciate her ability.

Still, I’m not crazy about the story, nor am I sold on the worthiness of Olive’s character to be featured in such a prominent manner. In an interview, Strout says, “the quotidian life is not always easy, and is something worthy of respect” (Strout, 281). While I agree with her, Olive’s life simply did not draw me enough to regularly want to read the book, and I found it difficult to finish.

So, Olive Kitteridge is good enough but not necessarily meritorious of the Pulitzer. I don't buy into the hubbub, so it receives 2 out of 5 camel humps. I gave fellow Pulitzer novel American Pastoral 2/5 as well. Other Pulitzer-winning novels that I bestowed 3/5 humps include: The Brief Wondrous Life of Oscar Wao, A Visit from the Goon Squad, Beloved, All the Light We Cannot See, and The Old Man and the Sea. I gave Interpreter of Maladies a well-deserved 4/5. To Kill a Mockingbird and Middlesex top us off with 5/5.