Vonnegut’s books just make me feel so good. He’s entertaining; his stories are full of interesting characters, fun facts, and weird plot lines that thrive on coincidences. He’s intelligent; I learn something historical, something philosophical, and something about myself based on the degree to which I do or do not identify with his characters’ outlooks on life. He’s wise; there are always a few well-crafted sentences that perfectly encapsulate a feeling that rings true but is difficult to communicate.

He is unequivocally my favorite author. If you come to my blog for book recommendations, I hope you go away with a nagging thirst to read something of his. What the hell are you waiting for?

Bluebeard*, Vonnegut’s 12th novel, centers on abstract expressionism, an art form that I was uninterested in prior to reading and remain uninterested in now. One time I went to an art gallery that featured a short silent film of puppets making out. Art is weird and amusing and probably not worth so much money. Hot take! 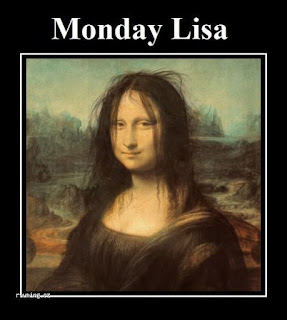 Back to Bluebeard. It’s not really about art; it’s about an artist who can’t self-identify as such until a wacky woman comes into his life and encourages him (*forces him) to write an autobiography. All the self-reflection leads him to the conclusion that his life is worth something of value. It’s actually quite heartwarming and not cheesy. You should read it because of the aforementioned God-like qualities I ascribe to Vonnegut’s writings--- BUT start elsewhere, if you can. My favorite Vonnegut changes depending on my mood, but certainly my top three are: Cat’s Cradle, Slaughterhouse Five, and Breakfast of Champions. Honorable mention to his short story collection, Welcome to the Monkey House. Bluebeard receives 4 out of 5 camel humps.

Posted by Humpdayhardbacks at 12:07 PM No comments:

The Bible According to Spike Milligan

I’ve been experimenting like a book scientist. I want to revise historical texts to have a comedic effect. Rather than outright mocking, I think it’s more difficult, but also funnier, to imitate someone’s original style/voice/plot trajectory. I’m familiar with the Bible (it's called literature, sweetie, look it up), so I rewrote two famous stories; I turned The Prodigal Son into The Phi Psi Son and The Last Supper into The Last Supper Before Burning Man.

I sent both pieces to a friend who always appreciates a good sacrilegious belly laugh. He got me a copy of The Bible According to Spike Milligan*. An eye for an eye, a biblical parody for a biblical parody.

Spike cleverly teases out jokes from the Old Testament that are there for the taking. He starts with the creation story and adds some flavor. When Adam and Eve first sin and become aware of their bodies, he says, “And the eyes of them were both opened and they knew they were both naked, and Adam said to her, ‘Stand back, I don’t know how big this is going to get’” (Milligan, 5). When God promises Abraham a long lineage, he goes to brag about it to his wife, Sarah. Spike writes, “Abraham went into Sarah and said, ‘The Lord wants me to start a nation.’ And Sarah laughed and said, ‘You couldn’t start a bus’” (Milligan, 11). Stuff like that!

Spike Milligan is British-Irish, and I don’t always understand British humour, like the uncultured wanker I am. So, I imagine I missed out on some juicy references. If you’ve never read the Bible, you’ll also miss out on some inside-baseball jokes, but you’ll get the gist, you’re not a total idiot. You’ve heard about Noah and the flood. You know about the Commandments. Spike has a way of making you laugh even if you don’t fully understand the punch line. But some jokes hit apply-all, like when he takes a jab at God for having wacko names for the males and normal names for the females. John Mulaney makes a similar joke in his new special, Kid Gorgeous, which is incredible. Stop reading this and go watch that right now.

If you’re still here, shame on you (but thanks, you loyal). I think The Bible According to Spike Milligan is smart, funny, and worthy of your time. I do, however, think it is too long. The style becomes redundant as a consequence of the material it’s imitating. The Old Testament has many strong stories, but between them is a lot of mumbo jumbo about king succession and who begat who. I wish Spike had used the best stories of both the Old and New Testaments rather than going in order. As a result, The Bible According to Spike Milligan receives 3 out of 5 camel humps.

*Milligan, Spike. The Bible According to Spike Milligan. New York: Penguin Books, 1994. Print.
Posted by Humpdayhardbacks at 6:44 PM No comments:

Goodbye to All That: Writers on Loving and Leaving New York

I love New York City. And I am so, so happy that I left. I moved out on Monday, May 7th, leaving behind my dignity after a sendoff party. I’m currently posted up in Dallas for a month before I travel for June and July. Then, I’ll be in Charlottesville, Virginia for two years while my boyfriend attends Darden business school (swag swag swag).

As I packed my belongings, debating whether I should take the blender but not hesitating to pack my giant taco costume, I had Goodbye to All That: Writers on Loving and Leaving New York* as my companion. A Joan Didion essay inspired the compilation, which consists of stories by 28 female writers, detailing their own love affairs with New York that ran their course.

Each piece helped articulate my own feelings about leaving a city that once enamored me. I lived in NYC for four and a half years. I categorize my time there as “before” and “after”.

In the *before time*, I worked as a cancer research assistant at Memorial Sloan Kettering Cancer Center. I was poor and had to make numerous sacrifices. For the most part, I didn’t mind, because I lived in New York! It was exciting! I stretched my pasta servings so that I could afford red bull vodkas at Output. I was slumming it in the most riveting way. I thought Why would anyone ever live anywhere else? As one writer said, “It didn’t seem possible for me to ever break free from New York’s gravitational pull” (Botton, 10). I never entertained the notion of leaving.

Three years and two horrible housing situations later, I decided to quit my job and pursue creative outlets. I didn’t know exactly what that meant, so to support myself, I got a job at a sports bar and as a nanny/tutor for a family. I was much more financially sound, but still not artistically satisfied. I became involved in the improv community. I dabbled in standup open mics. I started writing sketch comedy in addition to fictional short stories. Yet, I prioritized my means of income over everything. Since I wasn’t salaried, the more I worked, the more money I made. I knew what it was like to be financially unstable in a city that favors fortune and I refused to return to that life. In the words of Chloe Caldwell, “I’ve found that I am not as interested in struggling or suffering as I once was…I realized I need at least one part of my life to be easy” (Botton, 63). No more goddamn pasta.

Liza Monroy said, “A friend complained that she was tired of high rent and a job that left her with no writing time. Many friends were writers without time to write; in New York, being there sometimes defeated the purpose of being there” (Botton, 148). I was that friend. Not really, but you know what I mean.

Sure, if I had set my mind to it, I could have improved the situation. And I did, in some ways, toward the end. Ultimately, I concluded I was trying to fit a square peg in a round hole. New York will always be there for me, but it’s not what I need right now. I sympathize with Rayhané Sanders when she says, “Itches get scratched, and you find yourself wanting new things, new environments, better suited to who you are now, to who you hope to be” (Botton, 225). I’m not the same person I was when I originally moved to the city that never sleeps. I think I need some rest.

When I started entertaining the notion of leaving, I worried that I would feel like a failure. The thing is, I conquered this place. LFG. I started by living in a shoebox, with cats I was seriously allergic to and roommates that made me fear for my life. Every year, I moved into a progressively better living arrangement. Every year, I made a little more money and indulged in a little more creative exploration. Every year, I made choices that made me a happier, more balanced person. “I had come here so many moons ago to find out who I was, to qualify, to prove things to myself I didn’t even have names for yet, to test my worth. And it occurred to me that I had gotten what I came for—I had it, like a quarter in my palm….[it] had served its purpose; I knew exactly who I was, precisely what I was worth, and it was now time to find a more conducive place to enjoy her” (Botton, 228).

I couldn’t have said it better myself. Except…I will…because I intend to write my own Goodbye to All That essay. I’m leaving NYC on my own terms, seeking the unknown with more of a backbone. I will miss the New York subway system every single time I step into that terrifying metal box that we call “car”. I will miss the city slicker indifference to the weird shit that happens every day without fail. I will miss the obscenely late nights filled with endless possibilities. I will miss the Thai place on Broadway in Astoria.

Posted by Humpdayhardbacks at 3:53 PM No comments: